Connecting with Our Canada 🇨🇦 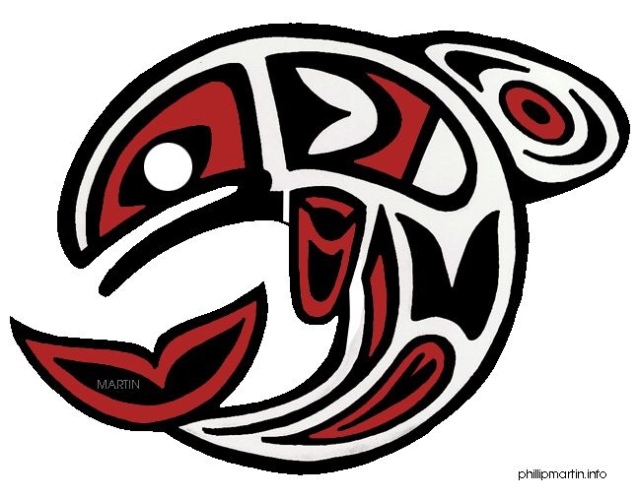 When I’m not an author, I’m an actor. My family would easily attest to that and my friends know I follow Shakespeare’s “all the world’s a stage” philosophy. I can bring the drama. (No comments needed.) My husband often says I don’t even need to speak a word as my emotions are in my facial expressions. So I always anticipate the moments when I am able to use my acting skills.

One of my dear friends asked me to come into her classroom and bring my dramatic abilities to help her share with her students the concept of European exploration and the impact of how it affected the Indigenous peoples in Canada. Hmmm…this sounded like a heavy topic. Was I able to accurately present this concept? My friend had a plan….

She set the stage. I was a French immersion teacher in a neighbouring school and the school was facing a renovation issue due to flooding. People in need of finding new space/land…sound familiar? So I came to her school wanting to share in her classroom space. A new land so to speak.

My friend introduced me and I entered the classroom with her students’ warm welcome. I thanked them for allowing me and my “class” to share their space. In fact, I brought their teacher flowers as a thank you. Their teacher gave me some cookies she baked in trade. Not beaded blankets or metal pots but a similar idea. Soon I displayed a feeling of entitlement. Then the fun began.

I noticed the native art on the walls. I stated that it looked “interesting” but did not fit with what my students were learning so I said it would need to be removed. The students were slightly surprised but were more than willing to have it taken down. One student even suggested we could put up something my students would prefer. I was surprised at how easy that was. Next, I moved to the back of the classroom by the coat hooks. I mentioned my students needed space so many of the students in the class would need to remove their bags/jackets to make room. When questioned by one girl as to what they should do with their belongings, I stated they could simply keep them by their desks and wear the coats all day because we needed the space. Ridiculous and simply bossy of me to suggest, but the students were quite agreeable to take their jackets and backpacks to their desks. Much more agreeable than I would have imagined. These were caring and giving kids! So far, not the reaction my teacher friend and I were expecting. I needed to “up” my acting game. And I was beginning to feel rather uncomfortable with how pushy and demanding I was towards such kind students.

I knew they recently had numerous students absent from school due to illness. I asked for those students to stand. Then I stated that it was important for my students to have space and not to be infected with germs. I asked all the students who had been ill to move to a corner of the classroom to make space for my students as I did not want them to become ill. Germs were to be avoided at all costs. (Which is rather ironic considering the small pox and other illnesses brought to North American soil by explorers and inhabitants.) I made the space quite small and I was pushy in my demands. Again, they were a little surprised, but being the kind hearted, respectful and generous students that they were, they moved.

How could I get a reaction? These were really sweet kids. They were willing to give and share more than I expected. In reality, their teacher and parents were doing a great job! What was their currency? What would cause them to hit that breaking point? Hmmm…I remembered when I first came into their class I asked them what they loved about their school. Hit them where it matters most, I thought. Phys.Ed. and recess!! I mentioned that they would need to cut their Phys. Ed. classes down by half so my students could take more classes as well as their recess times since there was not room for both groups on the playground at the same time. Well, that started the revolt! In fact, I went a step further and said that they would have to give their beloved floor hockey sticks to my students…but we would be willing to give them the broken sticks to use. That did it! Students started to protest and argue with what I was saying. In fact, when I moved their teacher’s belongings to another desk and said I would need to have her desk as well, I wasn’t sure I would make it out of the classroom in one piece. Very loyal students, they loved their teacher! The teacher intervened. She stated how I wasn’t actually a teacher from the school and was in fact an actor. They actually would not need to share their classroom with another class. No students or teacher would be “taking over” their classroom in such a way. I commended the students for being so accommodating and kind hearted. They also shared how frustrated and even angry they were for how I had made them feel.

This was a great catalyst for my teacher friend. She began the discussion with her students on how the indigenous peoples were impacted by European exploration. Even though what we presented was minute in comparison to how the impact was for the First Nations peoples, it gave the students real life comparison. They shared how mad they really were with what happened. How unfair it seemed with how they were treated. And keep in mind it was the same language we were speaking….no language barrier.

I guarantee you that it was a lesson that would stick with them for a while.

It was also a lesson for myself. My take away…this land does not belong to us. I am thankful for the land that I live on and recognize there are others’ steps that came before mine. Blood and tears have been shed over the land. It is a gift that we must share willingly.

It is up to us to make reconciliation. To understand what occurred before us and to make restitution. To live in peace and harmony and show a love that goes far beyond our selfish human nature. Our country was shaped by bravery, exploration and adventure but it was also shaped by heartbreak, injustice and sacrifice. Just like a Clint Eastwood film, in regards to the development and history of our Canada, it is crucial that we recognize the good, the bad and the ugly. Because if we do not acknowledge the full spectrum of development, we will not fully appreciate what came before us and live with a grateful heart for what we have now.

For it is not just the destination that we seek and set our sight, but the journey for in which the story unfolds.

← Look for the Signs
Some Bunny Is Sick →

2 Comments on “Connecting with Our Canada 🇨🇦”